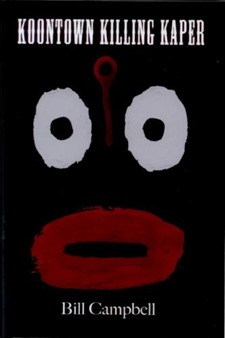 Koontown Killing Kaper by Bill Campbell is the type of book that I normally wouldn’t touch with a bargepole.  It wasn’t just the offensive title (misspelling and all) or the equally offensive cover, but the fact that it is described as satire and I am well known for having no sense of humour at all.

Still, I was intrigued by the fact that DJ/rapper/producer Triple Threat (a.k.a. Nina Miller) was working to produce a soundtrack for the book, the first time a hip-hop soundtrack has been dedicated to a novel.  When asked how she came to work on this project, when just the name “Koontown Killing Kaper” would be offensive to most people, Triple Threat replied, “I liked the thought of being a part of a project that would cause an immediate reaction and emotion from the listener. Hip-hop’s focus on money, clothes and hoes has made it boring and unoriginal. We need more concept projects like Koontown to break the predictability.”

Hip-hop might be boring but something is not quite right in Koontown, the fictional setting of Bill Campbell’s third novel.  Someone or something is killing rappers in Koontown in the most horrific manner.  Naturally, the police really sit up and pay attention when a published author and respected member of society is added to the growing pile of corpses.  There are rumours that vampire crack babies are doing the killing but that would just be science fiction, right?

Enter Genevieve "Jon Vee" Noire, a former super model and homicide detective, now working as a private detective.  Noire teams up with her former partner in the police force and together they navigate the seediest parts of Koontown’s hip-hop underworld to find out just how far up this conspiracy really goes.

This is a town where the deaths of gangsters, grandmothers and straight-A students are so prevalent that bodies are processed on an assembly line that would make Henry Ford proud.  In Koontown, gangster rivalries are really just for show, record label flops work as slaves to pay off recording costs, and Cold War biological warfare never really went away.

The charm of satire is that it can get as ridiculous as it wants and once it is done closely mimicking the ridiculosity of real life, it can descend into the downright bizarre. And Koontown Killing Kaper really does get bizarre at times.  I initially thought that Bill Campbell might be introducing a touch of the paranormal to his book but it turns out that the evil-doers were far more human and real than I imagined.

At its core, Koontown Killing Kaper is a social commentary on the wrongs that were committed against the black urban population historically: the Tuskegee syphilis experiments, the portrayal of minorities in media, the manipulation of data and statistics to suit the ruling ideology and the insistence of focusing on race when class issues are really at play. 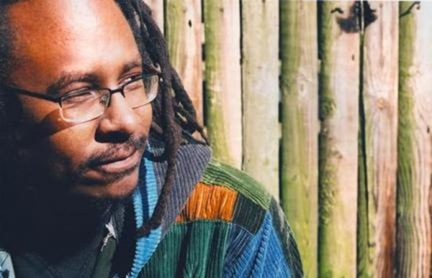 This is a contemporary novel set in the Obama administration.  It is chaotic at times, mirroring the mayhem of a city being torn apart by drugs and violence.  Is it gratuitous? Sure, some readers might find the violence, blood and gore to be excessive but on the whole, it is no more so than you might expect on adult television.   In the end, I’ll borrow Campbell’s tongue-in-cheek description of one of his character's books and say that Koontown Killing Kaper portrays “the gritty reality of America’s inner city streets – the pain, the despair, and, ultimately, the hope that burns within all of us”.

I give Koontown Killing Kaper four out of five stars and will certainly read more of Campbell’s work.

You can purchase Bill Campbell’s Koontown Killing Kaper from Smashwords, Amazon.com or Amazon.co.uk.  You can also download the Triple Threat soundtrack at Bandcamp or visit the koontown.com website for merchandise.