I’ll never forget the first time I saw The Parlotones live in concert.  They were supporting Violent Femmes in Johannesburg and apart from knowing one of their songs, I wasn’t really familiar with them.  They burst on to the stage with a level of energy and confidence on par with the biggest bands in the world and I was blown away.  I stood stunned through their first song and within the first bars of their second song, I ran to the kiosk and bought both their CDs.

It feels strange to say “both their CDs” because the darlings of the South African indie scene have come a long way since 2005; they have released four studio albums and have dominated the South African Music Awards since 2006.  When not recording, they have toured tirelessly across Europe and the UK, Australia and USA.  Known for their brilliant and explosive live performances, The Parlotones came to the attention of millions of people worldwide when they performed at the 2010 Official FIFA World Cup Kick-Off Concert alongside Shakira, The Black Eyed Peas and Alicia Keys.

On the November 14, 2009, The Parlotones made history when they became the first South African band ever to sell out the 13,000-capacity Coca Cola Dome in Johannesburg.  Live Design is the product of that evening and of the bands huge achievement.  This live CD features 18 of The Parlotones’ biggest hits from Radiocontrolledrobot (2005), A World Next Door to Yours (2007) and Stardust Galaxies (2009). 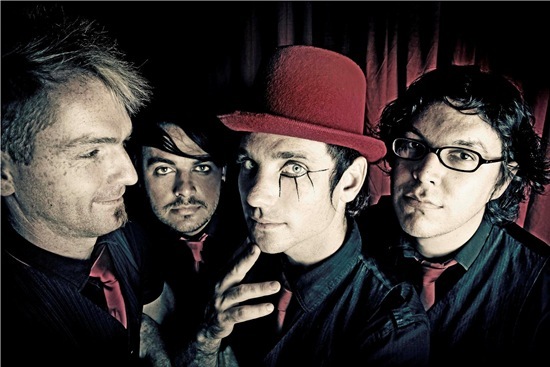 It is strange.  I hadn’t even intended to review Live Design but I spotted the album on AOL Full CD Listening Party and I simply could not stop listening to it.  As I played it for the fifth time, I figured that this is exactly the type of listening experience that is meant to be shared.

Live Design is a fantastic collection of The Parlotones’ songs and includes “Giant Mistake”, “Push Me to the Floor” and “We Call This Dancing”.  The sound is fantastic, especially considering this is a live recording, and it was great to hear Kahn Morbee’s singing and speaking voice again.  The song choice is really good and not one of the songs is a dud, as evidenced by the frenzied screaming of the girls in the crowd and the enthusiastic sing-alongs.  The highlight of the album, for me, is “Here Comes A Man” which was The Parlotones first big hit and I was singing along to “Rock. Paper. Scissors.” at the top of my lungs too.

Live Design was finally released in both USA and the UK on June 21, 2011 and is available on Amazon.  Their latest release Eavesdropping on the Songs of Whales, a collection of acoustic tracks, has been released on iTunes in North America and the UK on June 19, 2011.

Live Design is an excellent album that should thrill fans and newcomers alike.  It is a good representation of The Parlotones’ music to date and I would absolutely recommend this collection, giving it five out of five stars.

You can buy Live Design at Amazon.co.uk

Article first published as Music Review: The Parlotones – Live Design on Blogcritics.  Affiliate links are used in this review.