Lawrence and Leigh's "Glow": A Fantastic Video and A Free MP3 Download

The music video for Lawrence and Leigh’s track “Glow” has to be seen to be believed.  This incredible stop-motion video was made from 2,300 photographs and was filmed in Petaluma, California and on location in Black Rock Desert, Nevada.  The ‘star' of the video is a puppet and much of the video takes place around structures of the “Metropolis Reaching For Balance” installation by Daniel James Lynch.  This is more than just a music video, this is a short film worthy of awards, surely?

“Glow” takes you on a vocal journey through times gone by with its blend of jazz piano, brush drums and vocal harmonies.  It is a catchy and infectious tune and is taken from the album Odyssey Vol. III: Hills and Masts.

Lawrence and Leigh are Andrew Lawrence Kalleen and Kristin Leigh Stokes and they hail from Bay Area, California.  Now based in Brooklyn, their aim is to mix nostalgia with modern sounds and they craft intimate, yet haunting and melancholy songs.

The duo are certainly not short on ambition and their first major recording project is a set of three EPs making up the Odyssey trilogy.  Each individual record will have its own distinct sound and feel and will comprise of six songs.  All three releases will eventually be combined on one single eighteen track album.  Odyssey Vol. III: Hills and Masts is in fact the final chapter in the trilogy but is the first to be released. 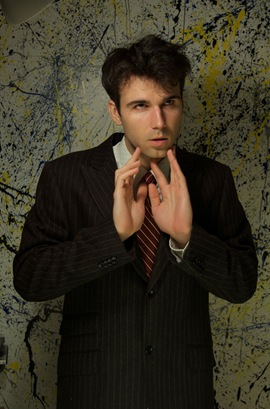 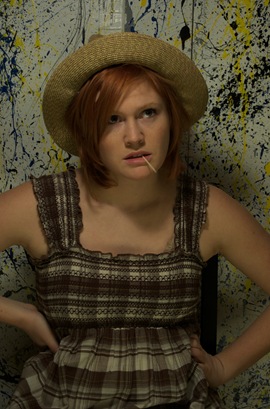 Lawrence and Leigh are giving away “Glow” as a free download to mark the release of Odyssey Vol. III: Hills and Masts:

You can listen to the full album at the band’s Bandcamp page and can purchase it too on a ‘name your price’ basis.  I’d definitely recommend listening to “Heeled Shoes” and “Chelsea Nights”.  You can also catch up with Lawrence and Leigh on Twitter, Facebook, MySpace and at their website.

Article first published as Lawrence and Leigh's "Glow": A Fantastic Video and A Free MP3 Download on Blogcritics.