Music Review: Does It Offend You, Yeah? – Don’t Say We Didn’t Warn You

It has been a long wait for fans of British dance-punk band Does It Offend You, Yeah?  Their debut album You Have No Idea What You're Getting Yourself Into was released in March 2008 and after two years of touring, promoting and recording, fans had expected the follow-up album in mid-2010.  The band began dropping new material at concerts throughout 2010 and even gave away a free single in August 2010 but the release date for the new album got pushed out first to January then March 2011.  Well, the wait is finally over and Don’t Say We Didn’t Warn You is due out on March 14 in the UK and March 15 in the United States.

Don’t Say We Didn’t Warn You opens with “We Are the Dead” which was the free single given away in August 2010.  A sedate, indie opening gives way to a raucous, stomping anthem intended to resurrect the band and, indeed, wake the dead.  Lead vocalist James Rushent explains: “It’s about reincarnation and regeneration. Coming back from the dead. That’s why we picked it as our first free giveaway, to say we’re still alive.”  “We Are The Dead” is a massive track and certainly one of my favourites on the album. 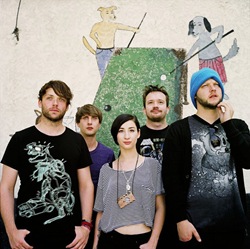 Next up is “John Hurt”, so named because it was originally intended that John Hurt appear on the track before a particularly useless ex-manager missed his window with the actor.  Initially taking a break from the mayhem of the previous track, “John Hurt” is a menacing and angry track that descends once again into pure chaos.  While playing this album to death over the past couple of days, it is this track that has been in my head when I have woken up each morning.  It is sheer brilliance and one can only hope that the band finally get together with John Hurt in the future and issue a remix.

The third track on the album “Pull Out My Insides” confounds me.  I’ve listened to it repeatedly but just can’t bring myself to care for it.  Ironically, it is the most accessible track on the album and the one most likely to do well on radio.  It is a bitter track that attacks the mainstream and speaks of the band’s struggle as they fought their record label for creative freedom and ultimately signed with independent labels like Cooking Vinyl and The End.

The album recovers with electronic romp “Yeah!” which sounds like a psychedelic B-movie theme and “The Monkeys Are Coming”, the first single on the album.  Both are loud, energetic tracks which will bring the roof down on their already crazy live gigs.  Despite their loudness, these tracks are eclipsed somewhat by the brilliance of the sensual, slow-burning track “Wrong Time Wrong Planet”.  This song is pure, aural bliss and has the sexiest bassline I’ve heard in a long time.  By the end of the track, you can’t help but agree that “we all should be living in outer space”.

“Wrestler” begins with a sample from wrestling movie Beyond the Mat featuring Paul Heyman as he delivers his galvanising speech which ends in “because believe me, this is the dance!”  “Wrestler” is a phenomenal track and I dare anyone to try listen to it without bouncing around and dancing to it.  This is Does It Offend You, Yeah? at their best, smashing all attempts to pigeon-hole them into any one genre and delivering cracking tunes.  My only complaint about this track?  It is far too short and I look forward to an extended 9-minute version of the track. 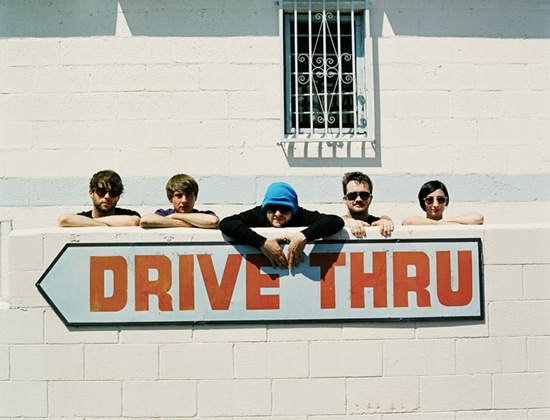 Not that you can be disappointed for too long as “Wrestler” melts into the next track “Wondering”.  The track has rapper Trip on guest vocals and features a sample of the Massive Attack track “Sly” featuring the stunning Nicolette Suwoton.  This track features some great lyrics including “I see dead people ‘cause I see shared needles” and “holy jihads, Batman, someone should do something” against the sample of Nicolette singing “wondering, is this there all there is? Since I was, since I began to be”.

It took me many, many listens to finally ‘get’ the penultimate track “The Knife”.  Like “Pull Out My Insides”, it is one of the more accessible, mainstream tracks on the album and seemed too indie rock for me at first (bearing in mind that I am usually a great fan of indie rock). It is at 2:32 minutes into the song that it erupts into something far less ordinary though and the song is redeemed by a multi-layered and energetic climax.  Likewise, the first time I listened to the final track, “Broken Arms”, I thought that the album had begun to unravel at that point.  Like the opening track, it opens with an acoustic, introspective feel and then it builds into the most powerful, incredible track.   Ultimately, “Broken Arms” is epic and it is a fitting end to the album.

Despite not liking “Pull Out My Insides”, I would still give this album five out of five stars as the rest of the songs were that good.  This is a strong second album that moves far beyond the fun and games of You Have No Idea What You're Getting Yourself Into and moves Does It Offend You, Yeah? into the realm of artists to be watched in the future.  I certainly don’t think it is too soon to proclaim this as my album of the year for 2011.

Buy Don’t Say We Didn’t Warn You at Amazon.co.uk

Article written by me and first published as Music Review: Does It Offend You, Yeah? – Don’t Say We Didn’t Warn You on Blogcritics.