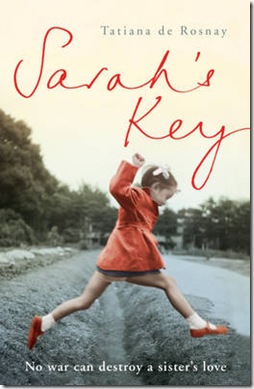 The Vel' d'Hiv was the darkest hour in France’s involvement in the Second World War.  On July 16 and 17, 1942, the French police began a roundup of 13,152 Jewish men, women and children living in Paris.  The families were kept in appalling conditions at the Velodrome d'Hiver before being sent to internment camps within France and finally being sent to Auschwitz.  The action was sanctioned by the Nazis but that level of coordination, identification and organisation would only have been possible with the cooperation of French police and government officials.  Quite simply, the Vel’ d’Hiv was part of a greater plan to reduce the number of Jewish people living in occupied France.

There were very few survivors of that fateful event in Paris.  Once they arrived at the internment camps such as Drancy and Beaune-la-Rolande, the men were immediately separated from the women and children and then the women were separated too.  In the end, all of the men, women and approximately 4,000 children were sent to Auschwitz.  There was no selection process for the children; they were sent straight to the gas chambers on arrival at Auschwitz.

It was a dark time in France’s history and something that was not spoken about or acknowledged by the French for years.  In fact, it was only in 1995 that the president Jacques Chirac stated that France needed to own up to their part in the roundups and to acknowledge their complicity with the Germans.

Against the backdrop of this momentous event, French author Tatiana de Rosnay has written the fictional novel Sarah’s Key.  Set in 2002, the novel is about an American journalist, Julia Jarmond, who is  living in Paris and is married to a Frenchman, Bertrand.  As the 60th anniversary of the Vel’ d’Hiv approaches, Julia is asked to write a piece about the events of 1942 and the upcoming commemorations.  As Julia begins to learn more about this event, she begins to uncover some painful secrets that Bertrand’s family had tried to keep hidden for sixty years.  The deeper Julia digs, the more obsessed she becomes and everything comes to a head when she learns that she is pregnant.

Running parallel to Julia’s story in modern day Paris, de Rosnay tells the story of ten-year-old Sarah Starzynski.  The story begins in 1942 in an atmosphere of fear and terror as the police knock on Sarah’s door one day to take the family away.  Her parents had never quite told Sarah the nature of the anti-Semitic threat but acting on instinct, she hides her little brother in a cupboard and swears she will come back for him.  Sarah’s story continues as de Rosnay describes in intricate detail the roundups and transportation to the Velodrome d'Hiver and the subsequent journey to and internment in the Beaune-la-Rolande camp.

These two stories collide in modern day Paris and it would be impossible to say more without giving away some of the crucial twists in the tale.  I found Sarah’s Key to be an incredibly touching and powerful novel.  The privilege and fortune of modern life, the choices we are able to make, and the freedoms that we enjoy are contrasted against the injustice and horror of the Holocaust and this makes de Rosnay’s descriptions of the events all the more remarkable.  I simply could not put this book down and experienced great indignity on several occasions as the novel reduced me to tears on a packed commuter train.

One of the aspects that I most enjoyed of the book was that none of de Rosnay’s characters are perfect (except, perhaps, for her 11-year-old daughter).  Julia is certainly not perfect and she makes several almost unforgiveable errors of judgement in the book.  While some readers might question the way that Julia was portrayed, I actually appreciated that a character might make the same stupid mistakes as any other person.  This added to the realism in the novel and certainly helped me to identify with Julia.  Similarly, this is a book that does not turn out as expected and there are very few simple, happy endings in the story.  While I am certain that I could have avoided some publicly shed tears, I do appreciate that the author avoided wrapping the story up with a big, happy ending.

There are many themes that are raised in Sarah’s Key including the role of normal Parisians during the Second World War; resistance and collaboration; loyalty, mercy and betrayal.  I touched on the idea of freedom, not only from persecution, but the freedoms that women enjoy in the modern age.  Some of the choices that Julia makes in the novel would have been impossible back in 1942.  Ultimately, this is a story about love and the choices that we make in the name of love.  It is also about survival and the difference between living and existing.

Sarah’s Key is a great book club novel as it certainly opens up discussions while teaching people more about France’s role in the Second World War.  It is certainly a book that has divided readers but I thoroughly enjoyed it and would recommend it to anybody.  In fact, as I finished the book, I drove right on over to my mother’s house and insisted that she read it too.  Five out of five stars.

Sarah’s Key has been made into a French-language film Elle s'appelait Sarah.  Directed by Gilles Paquet-Brenner and starring Kristin Scott Thomas, the film has been released in France, Canada and Australia but there is no news of release dates in the USA or United Kingdom yet. 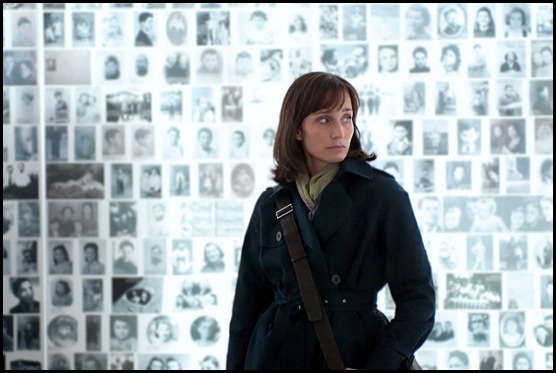