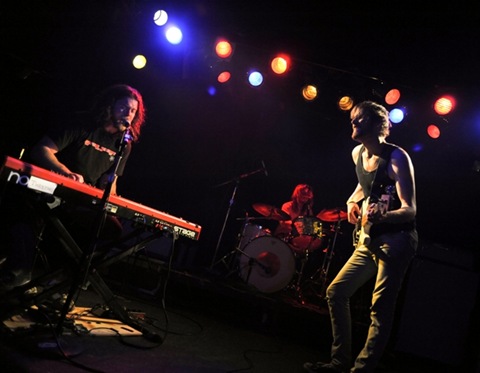 Hailing from Chicago, Illinois, Mutts are a three-piece blues rock band with grunge and garage influences.  Chatting with front man and manager Mike Maimone, I was able to get a feel for just how hard it can be to break out in the musical industry and how artists suffer for their art.  As Mike says, music is finally starting to pay the bills but it hasn’t always been like that!

Mike describes how he went to college, got qualified as an accountant and then quit his auditing job after a year to Portland, OR to join a band.  When that band broke up, he moved to Chicago where he lived on a couch in a recording studio.  He made his money in the studio by filling in for bands that didn’t have keyboard players and he also cooked and cleaned from time to time.  “I managed to make a solo record by tracking after hours while I was there, too!” says Mike.  Obviously an overachiever then! 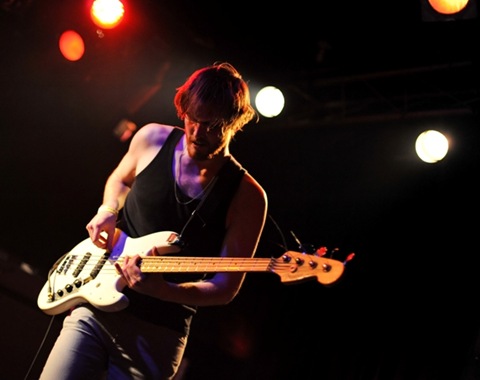 It was through this studio work that he met Bob and Chris.  They were both playing for big Chicago bands which Mike says intimidated him at first but they all began jamming together once both of their bands broke up.  Despite the success they had seen previously, all three band members needed to work odd jobs just to get by.  “Bob and Chris sometimes walk dogs, and I've done random things from digging ditches to manicuring a cemetery lawn to selling knives,” explains Mike.  “But for the most part, music is finally paying the bills”. 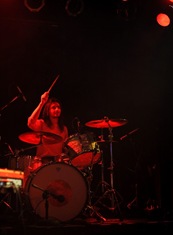 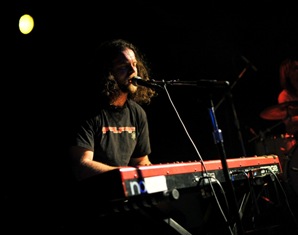 This is fantastic news because Mutts is a band that deserves to be heard and deserves their spot in the limelight.  They have a wonderfully loud and energetic blues rock sound and the good news is that they are giving away three of their EPs for free on their website. 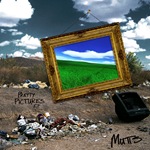 Pretty Pictures was first released in September 2009 and the piano features strongly in all four tracks.  The first track “Stolen Bricks” has a great garage sound while “Trust” continues with a jazzy sound.  There is no disputing that this is hard rock though and something about it reminds me of Faith No More or perhaps Mike Patton’s Mr Bungle.  This is just better. “Uncivilized” slows down the tempo and is a really great blues song while “On The Rope” speeds it right up again.  I love the funky hook on this last track and it is a good finish to a really strong EP. 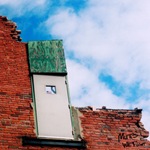 We Float was released in May 2010 and begins with the psychedelic and energetic “Beggar”.  This EP is quite different from Pretty Pictures.  It is quite a lot heavier and relies more on keyboards and guitars than the piano heavy tunes of the former EP.  This is especially evident in the title track “We Float”.  “Handcuffs” and “Mama’s Boy” are funky songs and “Handcuffs” features a great blues melody on keyboards.  The EP finishes with “Let It Be” which is unfortunately too noisy even for an old lover of noise like me. 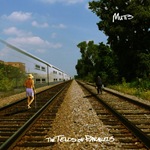 The Tells of Parallels is their latest EP and was released on October 1, 2010.  I immediately noticed that it has a more polished sound and I was really impressed with the first track “Terranaut”.  I liked the first two EPs but this was the track that made me realise that I wanted to hear a full Mutts album. It is a bold track with plenty of blues and psychedelic influences and seems to get better each time I listen to it.  It seems that Mutts have found their musical groove as “Symmetry”, “Gone” and “Masquerade” continue this bold, energetic, blues sound.  The EP finishes with “Junior” which slows down the tempo slightly and is a great blues track about a father and son.

Mutts are offering all three of these great EPs for free on their site muttsmusic.com.  You can enter the download page, choose your EP from the selection on the right and then name your price.  There is no minimum download price and you can pay nothing.  Of course, if you’d like to keep this rising band in business, it won’t hurt to donate a couple of dollars!