They have released new photos for the latest instalment of the Harry Potter films.  In my least charitable moments I start to think that is because they need to sustain interest in a series that perhaps hit its peak two or three years ago and then I remember what a massive Harry Potter fan I am.  Any misgivings I might have are pure fear that it won’t be a fitting end to the phenomena that took the world by storm.  I’ve consumed the books, audio books and films with ferocious greed and it is hard to imagine that I once picked up Harry Potter and the Philosopher’s Stone and put it back on the bookshelf, dismissing it as a children’s story.  I loved all of the films except for Harry Potter and the Half Blood Prince.  Perhaps I should watch the film again to see if I still feel the same way?  After all, I did go to see the film immediately after finishing all of the books (again).  Perhaps it would be best to judge the film on its own merits and not based on the books?

Harry Potter and the Deathly Hallows: Part I will be released on 19 November 2010 in the USA and UK.  It has just occurred to me that perhaps the most responsible thing to do will be to take the day off work so that I can go to a morning show.  I’m quite certain my colleagues wouldn’t appreciate me moping around all day while I obsess about the fact that the rest of the world will be watching the film before me.

Back to the images that appeared in EW magazine.  What I love most about these photos is the costumes.  I love Hermione’s witchy attire the best; it looks so authentic!  My favourite photos are the first one of Hermione and the last one with the Malfoys and Beatrix Lestrange.

Click on any of the photos for larger enlargements 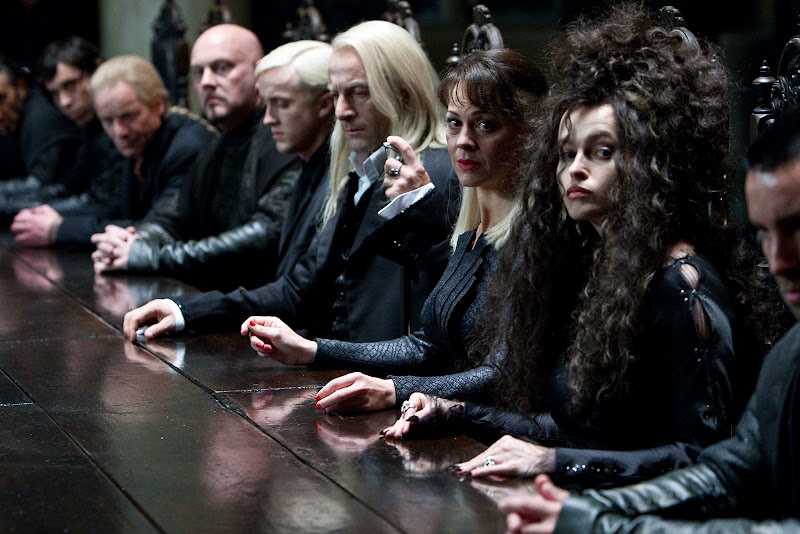