Evgeny Mokhorev is a photographer best known for his moving and disturbing photos of adolescent and pre-adolescent models.  He has a distinctive style and features nude models in urban settings around St Petersburg.  His black and white photographs are disturbing and simultaneously reflect both life in the post-Soviet era and the theme of emerging sexual identity in adolescence.  He has certainly courted controversy in the past as critics have remarked on what they see as inappropriate sexual depiction of his models.  Mokhorev is at pains to explain that his photographs are artistic collaborations between model and photographer and that he merely captures what the models are trying to express.

Like the artist’s work, Fragile is an unsettling and at times disturbing film.  As you watch Mokhorev walk around a house on a bitterly cold St Petersburg winter’s day, waking up the children who are his models that day, you have to wonder how willing they are or whether they are being used or exploited.  As the film continues though (and the children wake up) you begin to see them experimenting, testing, trying out ideas with the photographer and Mokhorev’s words begin to make sense:

"Sometimes it happens that in the course of a conversation, I can just push the button on my camera, because all of what is happening in front of my lens isn’t dependent on me.  No, maybe 50/50.  It is always a mystery to me – who is more the author – my models or me”. 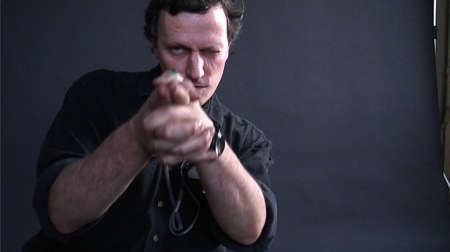 I’m still on the fence with respect to Mokhorev’s photography.  I can understand the art behind it and through the film, I have come to appreciate that it is indeed an artistic expression of adolescent identity and exploration that has emerged through collaboration between model and photographer.  A lot of his photography is quite incredible and I would possibly visit an exhibition but I am not sure I could ever buy any of his work.

Fragile was filmed primarily in Russian with English subtitles.  The film is 80 minutes long and features interviews with noted and respected art curators and collectors such as Joseph Baio of the Aperture Foundation and Ekaterina Kondranina of the House of photography in Moscow.  Although the film features a lot of Mokhorev’s art and some beautiful scenes of St Petersburg, it is also incredibly slow-moving and perhaps too long.  The subtitles on screen seem to reflect a mere fraction of what was said by the Russian-speaking interviewees and the film could certainly have benefited from the additional translation to move it along a bit.  By the end of the film, it was clear too that although a lot of concepts had been discussed, the documentary never actually gave any depth or insight into Mokhorev’s work.  The production of the film was rather low quality although it seems that this was intended to add to the gritty subject matter of both the artist and his models. There is another reason why both Evgeny Mokhorev’s art and this film might leave the viewer feeling uncomfortable, unsettled even.  Mokhorev has chosen young people from the poorest of families and the models are often painfully thin and seem undernourished.  It is the artist’s choice to work with the most vulnerable and fragile of young people and to show the elegance and brutality of life in the post-Soviet era. This depiction is further strengthened as Mokhorev’s young models continue in their quest for identity and understanding against the stark urban backdrop.

Fragile is not widely available but can be purchased directly from the film website Amadelio.org for €19 plus shipping. Alternatively, you can buy my copy for €15 plus shipping. Email me for details.

You can view some of Evgeny Mokhorev’s work on his Photosight.ru profile. 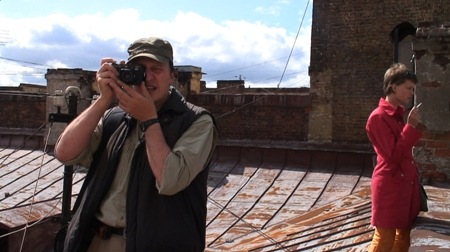 Amadelio provided me with a screener of the film for preview and all opinions expressed herein are my own.