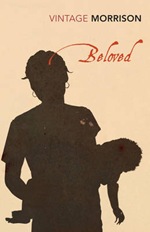 It is incredibly difficult to write a review on a Pulitzer prize-winning gem of modern literature such a Beloved.  The book is flawless and was found to be the best work of American fiction of the past 25 years by a New York Times survey of writers and literary critics.  The book, story and experience are no fluke either: evidence of the achievement of this book is the fact that Toni Morrison intended to portray the characters and the story in exactly the way in which it has been experienced by readers worldwide.  The questions that arise and more importantly, the questions that are not answered are exactly as the author intended.

The challenge in reviewing a book such as this is to resist falling into a literary analysis but this is not an easy task.  This book stimulates so many thoughts and feelings and has such bold and important themes that it makes you want to think about it and discuss it at a higher level.  This is not the kind of book I’d recommend you take away on your beach holiday this summer but it is perfect if you belong to a book club or have friends that have read it as well. 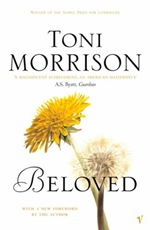 Beloved is set in the 1870s, shortly after the end of slavery.  Sethe (pronounced Seth-uh) is an escaped slave who lives in a big, old house at 124 Bluestone with her daughter Denver and what they believe to be the ghost of her other daughter Beloved.  Don’t let the possible supernatural aspect of this book scare you away though; Beloved is not simply a ghost story and sceptical readers will find other equally plausible explanations for the events that happen.

The timeless, isolated life at 124 Bluestone is disturbed by the arrival of Paul D, another former slave who also escaped the events at Sweethome where Sethe was a slave too.  He brings love and change into 124 Bluestone and seems to chase away the ghost that haunts the house.  Sethe and Denver set foot outside of the home for the first time in years as they accompany Paul D to the carnival.  Waiting for them when they come home is a girl with a baby face who states that her name is Beloved.

Is Beloved the incarnation of Sethe’s dead child?  Whatever the truth might be, her arrival at 124 Bluestone leads to an almost catastrophic chain of events as the secrets of the past come back to the fore and Sethe, Denver and Paul D all have to confront their collectives pasts. 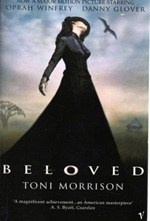 Beloved is written in a stream of consciousness style and is extremely hard to get into.  The reader soon comes to realise though that any confusion is likely to be explained in the following chapters and a trust builds up between the author and the reader.  Another aspect that becomes clear is that any ambiguity is likely to remain as Morrison continually delves into the psychological state of her characters and flirts with both perceptions and reality.  There are no clear answers in this story and it is almost as if the book is experienced or consumed rather than read.

The events that unfold in the present time in the novel cannot be separated from the central themes in the book.  Without the circumstances of slavery, punishment, physical and sexual abuse, betrayal, dehumanisation and degradation it is unlikely that the characters would have ever made the choices that they made.  Perhaps importantly, Morrison based the book on actual events and the story of an escaped slave Margaret Garner who had murdered her own child rather than see her returned to slavery.

Morrison explores the loss of self as the characters attempt to divorce themselves from the events of the past.  Beloved seems to have no memory whatsoever of her life leading up to the present and this would certainly be the case if she had been forced to repress memories of an extremely painful and abusive past.

Another important theme is dehumanisation as the characters were often treated as animals and they had bits put in their mouths, they were whipped, Sethe’s milk was stolen and Paul D was kept in a hole in the ground.  Humanity is explored and the reader has to question whether Sethe’s actions were a desire to protect her children or the irrational workings of a damaged mind. 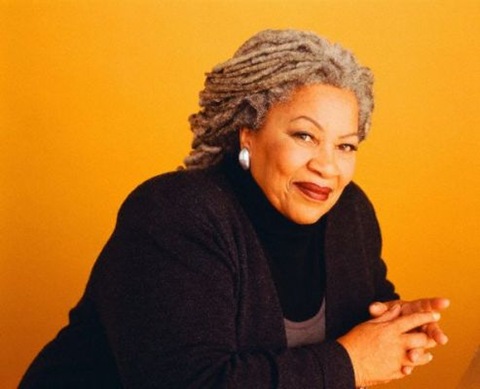 You can listen to Toni Morrison discuss the book Beloved at the BBC’s World Book Club in February 2009 (.mp3).  She says at one stage that “some parts were paralysing to write” and I get that.  I really get that.  Some parts of this book were devastating to read and it is such a powerful experience.  I was really touched by the book and felt chills in my body and tears in my eyes at several points throughout the book.

Beloved is indeed one of the best works of literary fiction I have ever read.  It is not an easy book but if you persevere, it is certainly a rewarding experience.   I would recommend it to all lovers of good fiction.

Beloved was made into a film in 1998 and starred Oprah Winfrey, Danny Glover and Thandie Newton. The film unfortunately received low reviews but one theme running through the reviews is "read the book!!"  We’re watching the film with our book club later next month and I’m really looking forward to that.

Here is the trailer:

Purchase Beloved by Toni Morrison at Amazon.co.uk and get free delivery anywhere in the UK.