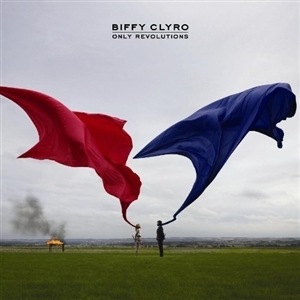 Breakthrough UK band Biffy Clyro are to release their new album Only Revolutions in the US on March 9, 2010.

Hailing from Kilmarnock, Scotland, Biffy Clyro formed in 1995 and began releasing singles in 2001. It was only in 2007 that their fan base grew exponentially with the massively successful album Puzzle which was their fourth studio album.  In the next couple of years they became known for their explosive stage shows and shared the stage with Red Hot Chili Peppers, The Rolling Stones, The Who, Linkin Park and Muse.  They also became the first band ever to play in the Houses of Parliament in London when they played an acoustic gig on January 14, 2010 to celebrate the achivement of a local radio station in reaching 50% digital listenership. 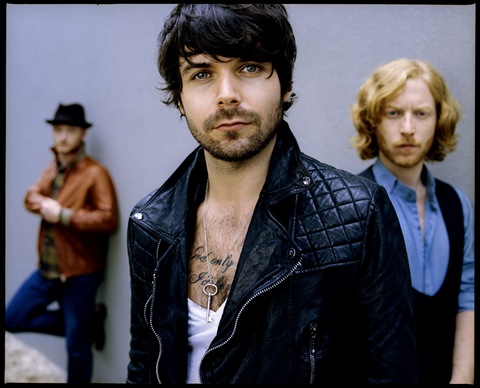 Biffy Clyro finally put speculation to rest this week over the source of their strange name in an interview with Spin magazine.  They admitted that they had been imagining up Cliff Richard merchandise and one of the things they came up with was the Cliffy Biro (“biro” being a type of pen in the UK).  That got spoonerized into Biffy Clyro over time and the name stuck.

Only Revolutions is the follow up to the 2007 album Puzzle and is their fifth studio album.  It is an energetic album which the band say is their heaviest album yet.  Songs such as “That Golden Rule”, “Bubbles”, “Shock Shock” and “Mountains” are loud, powerful anthems that will have you singing along in no time.  The band makes great use of classic rock instruments with powerful guitar riffs, great basslines and great drums which absolutely complement Simon Neil’s vocal style.  On the whole, this is great music for dancing to and the band must be great live. There are probably seven great songs out of the twelve on the album but the other songs really let the album down.  Some of the lyrics on the album are hackneyed and unoriginal while others are bizarre and you’re left wondering what any of the songs actually mean.  An example of this is the line “I’ve never had a lover who’s my sister or my brother before”.  As an album, there is also a lack of cohesion as the styles range from indie alternative to hard rock to a simple classical rock style.  What results is that you have several fantastic songs that are marred by somewhat average and unoriginal fillers.

Not everyone would agree with me though and in fact, the video for one of my least favourite songs “The Captain” won the award for Best Video at the Shockwaves NME Awards in 2010.  I have to admit, the video is fantastic and Simon Neil is looking good but I’m still not convinced.

In the end, I would say that Only Revolutions is not my cup of tea.  I wouldn’t necessarily buy the album but the wonder of the digital age is that I can download the specific tracks that I enjoyed from Amazon and would recommend: “That Golden Rule”, “Bubbles”, “Born of a Horse” (in spite of the lyrics), “Mountains”, “Shock Shock”, “Booooom, Blast & Ruin”, “Cloud of Stink” and “Whorses”.

This article originally appeared on BlogCritics.org.  I’d like to thank Kate from Warner Bros Records for sending me a copy of the CD to review.