Movie review: Where The Wild Things Are 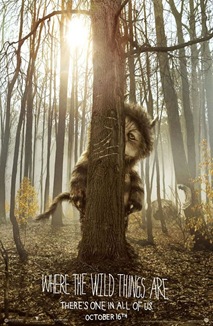 Where The Wild Things Are by Maurice Sendak is a simple, illustrated children’s book with barely nine pages of text yet the notion of bringing this story the live-action glory on the big screen was incredibly contentious.

As the news broke that Maurice Sendak had enlisted the services of Spike Jonze to direct the live-action version of the story and the first publicity pictures were released, many an adult spoke of the incredible impact that this simple story had on their lives.  It seemed that people were waiting with baited breath to see whether this version would do justice to this beloved book.

Although it was never explicitly told in the book, somehow Where The Wild Things Are appealed to all the children who had ever felt lonely, angry or frustrated.  Those of us feeling these emotions knew that adventure and social standing was just a short boat ride away.  Or was it really?

Spike Jonze directed the film and wrote the screenplay together with Dave Eggers.  Together, they created a rich film with incredible depth that tackles issues such as broken homes, anger, acting out, loyalty, betrayal, loneliness, love and home.

Max is lonely.  His teenaged sister has her friends and his divorced mother has her new boyfriend but all he has is his dog and his wild imagination.  In the opening scenes of the film he tears around in his wolf suit terrorising his dog in the manic rough-and-tumble way we all play with our pets and he builds a snow igloo in which to store his precious snowballs.  He starts a snowball fight with his sister’s friends and they dive onto his igloo crushing Max’s igloo and leaving him distraught.

Life is never boring, often crazy and fun but with no one to share his ups and downs, Max finds himself feeling lonely and frustrated.  His mother encourages his madcap eccentricities to a point but his antics embarrass her in front of her boyfriend and he bites her when she tries to discipline him and then runs away.   (In the book, he is sent to bed without dinner). 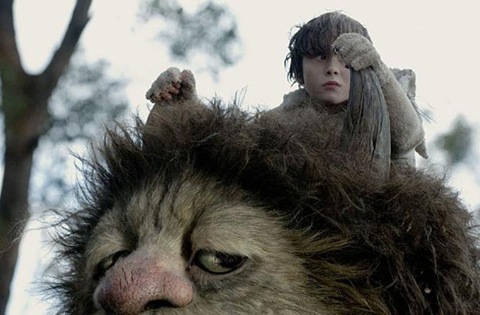 Max discovers a boat which he boards and he travels to the place where the wild things are.  He narrowly escapes being eaten by the wild things by claiming to be a king where he comes from and by proclaiming to have special powers.  Thus begins an adventure of wild rumpuses, sleeping in piles, fort building and staring into the sun.

This film is incredibly well done.  The wild things were the embodiment of Maurice Sendak’s illustrations and were put together with a combination of computer-generation for their faces, animatronics and life-sized puppets.  They looked exactly like they did in the books, right down to their facial expressions. 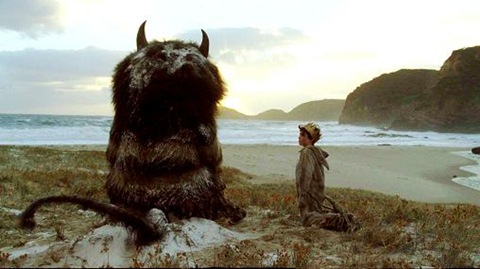 Special mention has to be given to the performance of Max Records in his role as Max.  This talented young actor is someone to keep an eye on in the future.  If you consider the he has very little previous experience and that most of the filming was done with puppets and little human interaction in the film then his performance really is phenomenal.  He was able to portray such a wide range of emotions from happiness, joy and craziness to loneliness, anger and sadness.  He definitely did crazy well and could possibly follow in the footsteps of Johnny Depp or Robert Downey Jr. in the future by taking less mainstream roles. 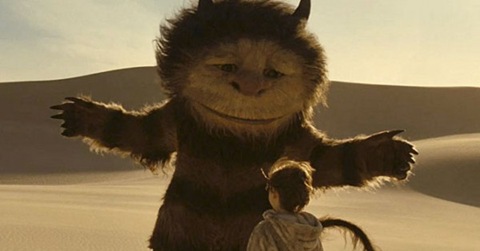 One of the best features of the film was the soundtrack.  I recognised Carter Burwell’s contribution as I had been a fan of his score in the film Twilight but it is Karen O and the Kids who provide the majority of the songs.  The soundtrack looks to become one of the most played albums in my iPod this year.

Finally, many complaints were made by parents saying that the felt tricked somehow into seeing this film and that their children didn’t enjoy the film.  It is certainly possible that the film will appeal to more open-minded children or children that have experienced loneliness or frustration in their lives.  I would say this is an alternative film that is set to become a cult classic in time. 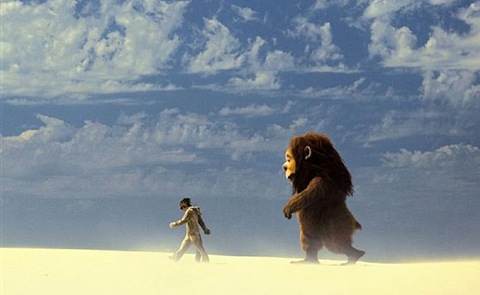 The Blu-ray and DVD are set for release on March 2, 2010.  Special features on the Blu-ray include the short film Higglety Pigglety Pop! featuring the voices of Meryl Streep and Forest Whitaker. 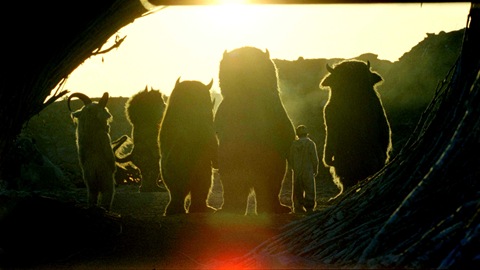