Holmes must confront perhaps his biggest case yet in what looks to be a vast supernatural and magical mystery. Will the limits of his scientific method be stretched or is it all just smoke and mirrors? 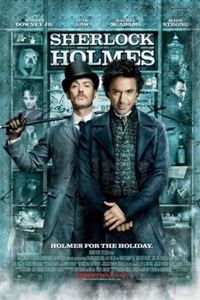 If ever a film has divided the viewing public it has to be Guy Ritchie's latest offering Sherlock Holmes.  The first reports I heard of the film were from trustworthy fellow fangirls such as myself who proclaimed the film to be a resounding success in terms of eye candy and swoonworthiness.  Such discerning viewers were in fact planning on seeing the film more than once just to gain a maximum dose of Robert Downey Jr and Jude Law.

Then came the torrent of complaints about how Downey Jr simply played Downey Jr and not Sherlock Holmes and how Guy Ritchie was simply directing another Guy Ritchie film.

Personally, I thought it was bloody marvellous!

Sherlock Holmes was not simply the dour and dapper gentleman that certain television dramatisations would have us believe.  He was written to be slightly unhinged, morally bereft and rather unconventional.  Were it not for his results, it is unlikely that the establishment would have put up with his antics.  For capturing this perfectly I give the film full marks. 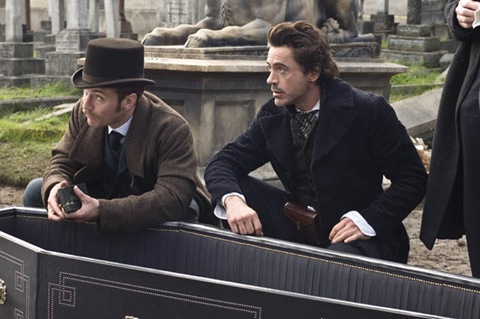 No matter how many times Doctor Watson tried to walk away from Holmes, whom he considered to be unnecessarily reckless and dangerous, he always landed up getting drawn back in to the world of Sherlock Holmes.  Watson, for his part, was the backbone and heart of every investigation and Holmes could not have done without him.  That is, indeed, as camp as it sounds and I was thoroughly pleased that this was captured beautifully in the film. 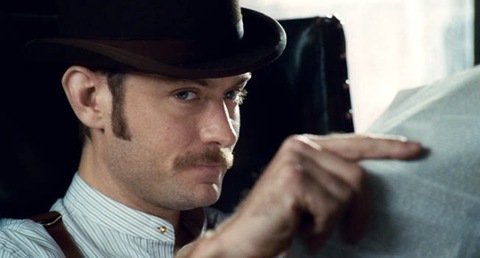 Sherlock Holmes is set against a backdrop of late 19th century London and the styles of the times and the construction of Tower Bridge were depicted beautifully in the film.

This film shot right to the top of my DVD wish list and I don’t think I’ll only be watching it once.  It was fun, action packed and had two of the hottest men on Earth in it.  (It is no secret that my reviews aren’t exactly objective).  I’ll also be rushing out to watch the sequel because it was quite clear that one is on the way!

For making me smile to myself on the way home as I imagined Holmes and Watson together (preferably with me the middle), I give the film a resounding 5 stars.