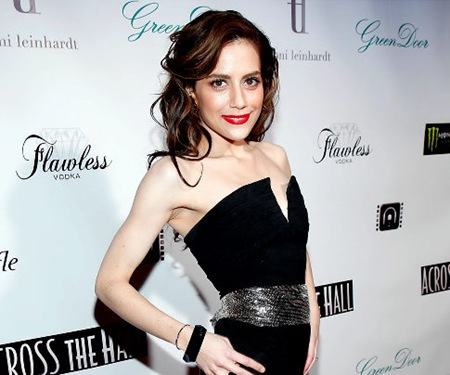 This is the worst kind of news of all.  The beautiful and talented Brittany Murphy has died at the age of 32.  The LA Fire Department responded to a call from her husband  her mother at 8am and she was rushed to Cedars-Sinai Medical Center in Los Angeles this morning but was declared dead on arrival.

It is said that she went into full cardiac arrest and never recovered.

It seems awfully unusual for such a young person to die of a heart attack and I am sure the rumours will begin to fly about eating disorders and drug use.  Huffington Post quotes her responding to allegations of cocaine use back in 2005:

"Wow. No, just for the record I have never tried it in my entire life, I've never even seen it, and I don't leave the house too much, except to go to work," she said. "My worst vice is caffeine. [The rumor is] really pretty darn far-fetched -- it couldn't be further from the truth. I have known people over the course of my life that have bad problems with drugs, and it's something really serious."

Okay... but if my otherwise healthy 32-year-old sister / daughter / wife / friend died of a massive heart attack, I'd sure start asking questions and want to know the reasons why.

What a terrible loss and a sad, sad day.