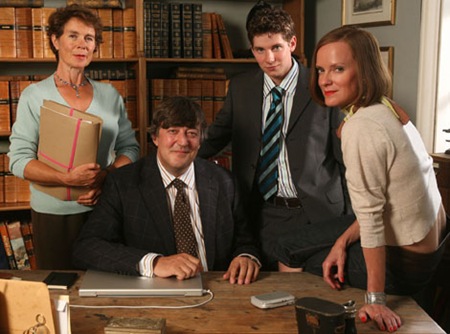 Ooooh, ITV, you've really upset me this time! Stephen Fry has announced in his blog post Kingdom Come, Kingdom Gone that ITV decided not to renew the hugely successful Sunday night drama for a fourth season.

This is especially upsetting in light of the fact that I only just discovered the show and really enjoyed it this season!

Seriously, what is wrong with the broadcasters in this country? First BBC cancels The Street and now ITV cancels Kingdom. The hallmark of British television used to be realistic and powerful drama but with the rate at which drama shows are being axed and replaced by crud, that reputation will certainly be a thing of the past.