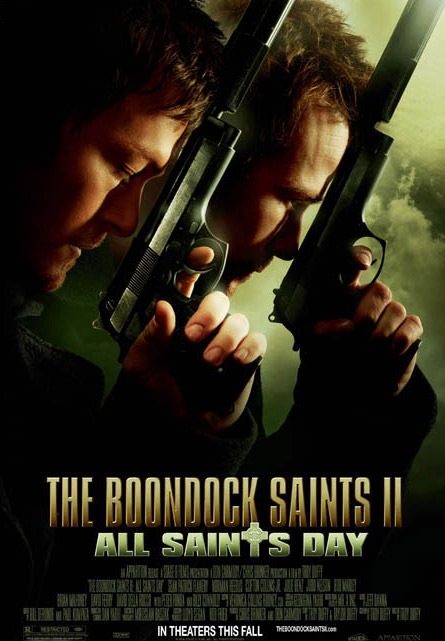 How did I miss this news??? The supreme hotness that is Sean Patrick Flanery and Norman Reedus is returning to our screen October 30th in The Boondock Saints II: All Saints Day.

My dear friend The Grynne isn’t too keen on the idea saying “ten years late, unfortunately. Sorry boys, but this sort of behaviour stops being charming when you've hit 40”.

And so I am torn between my absolute love of the original Boondock Saints and a sinking feeling that she may in fact be right.

Now, I am slightly closer to 40 than our Grynne so the idea that one should magically grow up when one reaches such an age is quite foreign to me.  Nevertheless, after seeing the trailer, I will concede that I have aged much better than Sean Patrick Flanery and Norman Reedus in the ten years since Boondock Saints was released.  As in, I still look young and pretty and um, they don’t.  I mean look! They have wrinkles and are wearing make up to cover it!

Which makes me wonder why they bothered airbrushing these promo pictures to make them look younger – do they think we’ll go on off to see the film and not notice the contrast? 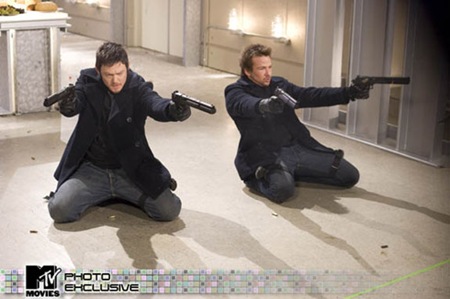 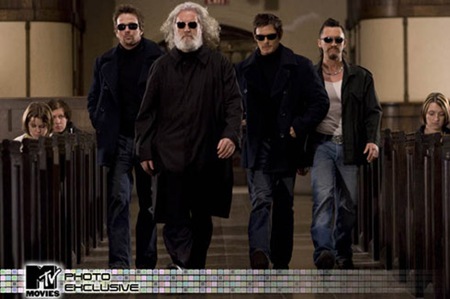 Billy Connolly is playing their father (again) which is an interesting choice to make.  I mean, Irish and Scottish accents are almost identical, right? So there is no way Billy Connolly could sound absolutely ridiculous putting on a fake Irish accent, could he???  He sounds stupid.  He sounds worse than I do when I try put on a Welsh accent and land up sounding Irish instead.  He didn’t convince me in the first one and I am sure he won’t convince in this one.

Incidentally, this is an interesting article on why it took ten years for a sequel to be made: 'Boondock Saints'' Troy Duffy and Billy Connolly Praise Fans, Blast Critics.  Back in the day, every single person I know went to see this film and it became a cult classic with us and a firm favourite.  I had no idea they had such distribution problems because we all loved it!

Strangely enough, there are no release dates on IMDb and the message boards are rife with speculation.  The clearest idea I can get is that it will only be released in Europe early next year once they gauge how well it does in the States.

Seriously?  And they wonder why they have a problem with people downloading films illegally?  When the world has been reduced to the size of an Apple Mac keyboard or even an iPhone, the last thing you should be doing is restricting access to electronic media based on geographic borders.  Pfft.

I will go see the film, whenever it makes it to UK shores, and hopefully I will absolutely love it and fall in love with the Boondock Saints all over again.