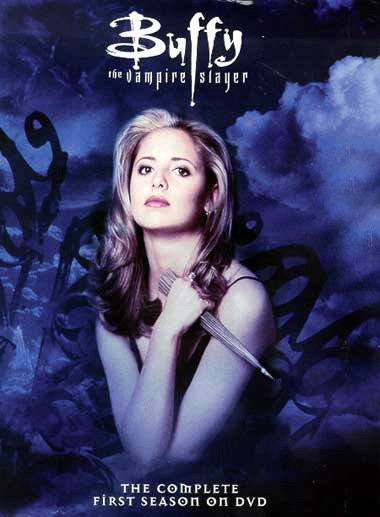 Would you believe that until 13 January 2009, I had never seen one single episode of Buffy the Vampire Slayer? I don't know why. I loved Charmed and I watched X-Files religiously but Buffy was for teenagers, wasn't it?

For some time it had been dawning on me that I would need to catch up though. The mounting interest in Joss Whedon's Dollhouse was totally lost on me as I had to admit that not only had I neglected to watch Buffy, I'd missed Angel, Firefly and Serenity too.

And then there was the conversation I had with a colleague about the ridiculousness that is the Twilight series. Well, it's about a human girl that falls in love with a vampire, I said. "So it's like Buffy", said he. No, I said, see, he doesn't drink from humans and he drinks from animals to survive. He's a good vampire. "So it's like Buffy and Angel then", he said. And so the conversation continued. I was torn between my frustration with the Twilight series and my stubborn desire to prove my colleague wrong, what with him being a bit of a know-it-all after all.

The only solution was to watch the show.

Enough of my close friends are Buffy addicts for me to have been adequately prepared for the show: this is a show that does not take itself seriously and silliness and hilarity often abound. Look out for the allusions, I was told, and appreciate the high-school-as-a-nightmare representation.

In the end, my preparations weren't necessary. Half way through the first episode, at the moment when Buffy first met Angel, I was absolutely convinced and I finally understood what the fuss over David Boreanaz is all about. I thought my Blackheart obsession was bad but I can see my Angel obsession going to a whole other level!

Buffy the Vampire Slayer is good and the first season has been a load of fun. As I write this, I've already watched half way through season 2 and I've just met Kendra the Vampire Slayer. I'm looking forward to watching the rest of the Buffy seasons but I know there is lots of heart ache for me in the future (given that I have a chronic inability to avoid spoiling TV shows for myself) but yes...

Verdict: definitely worth watching if you are among the other 1% of people on earth who haven't watched this show yet. 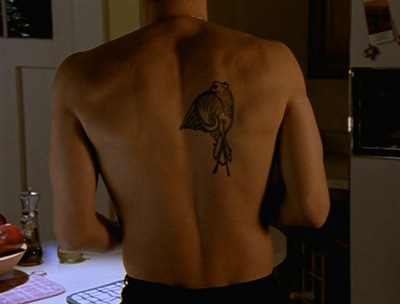