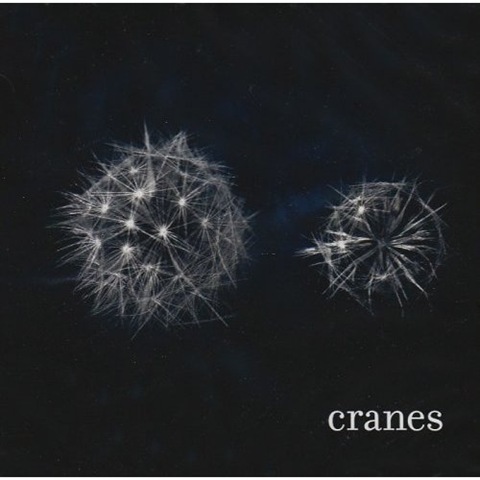 For 15 years I have been near-obsessed with the band Cranes. It is hard to describe a band like the Cranes - imagine if you will an angel describing sunshine. The vocalist, Alison Shaw, has an ethereal, haunting voice which is accompanied by sometimes discordant, sometimes melodic music.

This is Cranes 8th studio album (9th if you include their experimental La Tragédie d'Oreste et Électre, a musical interpretation of "Les Mouches" by Jean-Paul Sartre). My favourite albums were their first four: Wings of Joy, Self Non Self, Forever and Loved. I really, really disliked the next album Population 4 but then I believe that Cranes were forced into a more commercial sound by their then record label, Dedicated.

They left Dedicated and went on to form their own label, Dadaphonic. They released Future Songs and Particles and Waves in the next couple of years and these albums were both very dreamy, very post-modern. With the release of their self-titled album Cranes, I believe the band have finally returned to the glory of their albums such as Wings of Joy and Forever. I am really proud again to say that this is my favourite band and they are back on form. Here is a playlist of my five favourite songs from previous albums plus an extra bonus of my favourite song from their new album.


Cranes albums are available at Amazon.co.uk. My review of their live show on 29 October 2008 can be found at Emm in London.

New comments are not allowed.