When I was on holiday in July, I read Shade's Children by Garth Nix. I was so impressed by this book that it was a matter of time before I sought out other books by Garth Nix.  The one problem I had was that I have never been all that good at reading fantasy.  On the other hand, it is possible that I am just one of the many people who will never be able to get into Lord of the Rings, no matter how hard they try. 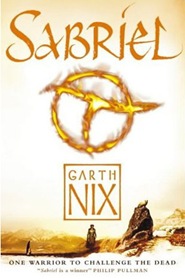 And so it was with some sense of trepidation that I picked up this complex-sounding book to read. I did struggle in the beginning but after one or two chapters I found myself entirely submerged in Nix's wonderful style of writing and his imaginative and fantastical world, The Old Kingdom. I think Nix is a master, I really do; and everything that he tries to do, he does well. He describes the sardonic feline companion with absolute skill, he accesses the humanity and fallibility of the female lead and he weaves a unique and compelling tale.

Garth Nix has repeatedly declined to let them makes a film based on the Old Kingdom series, saying "I would rather have no film than a bad film" and you have to respect that. Then again, there is something in the stories I have read recently (Anthony Horowitz's books, Twilight and Philip Pullman's His Dark Materials series*) that had me desperate to see the films brought to life on the big screen. However, there is something about Garth Nix's writing that makes it sufficient just to read his books. He is that good and they are that descriptive. I really love this author and I am glad I discovered him. 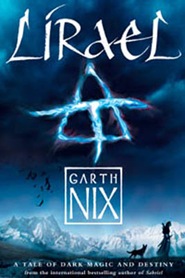 When you write a book as imaginative, inventive and unique as Sabriel, what on earth do you do for a sequel? Well, Garth Nix did not try to rehash Sabriel or capture some of that old magic. Lirael is set fourteen years after the events of Sabriel and Nix and Nix pulls out all the stops in delivering a brilliant piece of work.

There have been complaints that Lirael was too slow moving or that it was too long and should have been made into two books.

I think the book was perfect in every way. I think the story is rich and complex and that it has succeeded at being a story in it's own right as opposed to simply being the dreaded middle book in a trilogy. I was aware towards the end that there were too few pages left in the book to effectively wrap up the story but I wasn't disappointed by the ending. I am really excited to read the next instalment though; but alas, that will have to wait until I have finished my studies in December. Maybe.