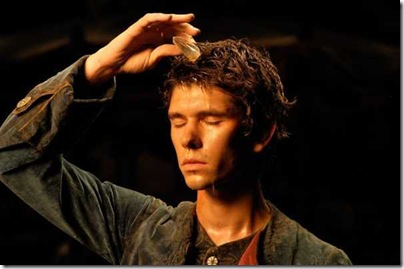 Perfume: The Story of a Murderer has long been one of my top ten books. I read it first in 1994 and since then I've read it many times more and recommend it to anyone I can. I was really excited to see that the book was finally being made into a film. It was, however, a fear of them completely botching it up that prevented me from seeing it further.

I shouldn't have worried. This is one of the most beautiful films I have seen in a long time. The music is beautiful and Ben Whishaw's acting is absolutely amazing. I always thought the story showed an exquisite if not bizarre poetry and somehow they managed to catch that on film. Not disappointed at all.