A Reality TV Show On Mars – Real, Or Just One Big Hoax?

The Mars One team discuss plans to have a group of reality TV show contestants spend the rest of their life on Mars – or are they just joking?

If you like Big Brother, and you love space travel, then this might be just for you! A group known as the Mars One team headed by Dutch entrepreneur Bas Lansdorp have recently unveiled their plan to have us watching a reality TV show set on the Red Planet by the year 2023.

The team estimate that their unique television spectacle will generate around £3.8bn to be pumped into research and resources to make their dream of setting up a colony on Mars a reality. When questioned as to why a TV show rather than just a regular mission, Lansdorp replied that the show is simply a component put in place as an interesting way of amassing the necessary funds for the project.

And as far as that’s concerned, you have to give them some credit too – all research so far has been self funded and it looks like they’re keen on keeping it that way from start to finish. 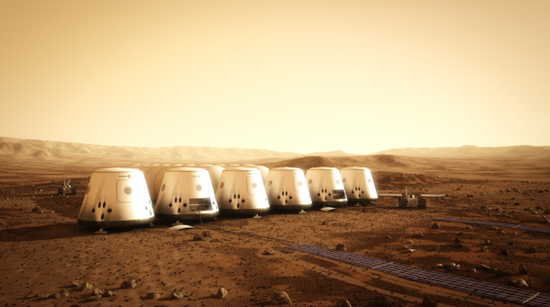 Is this all one big joke?

You’d be forgiven for joining the ranks of experts and onlookers who can’t believe this is anything more than one elaborate hoax. Nasa plan to have men on Mars by 2030, and it certainly seems a little hard to believe that a team can spring up and top that mission by 7 years.

Still, when you look at the team involved in Mars One it all seems a little bit too well backed. The project is supported by Nobel-prize winning Dutch physicist Dr Gerard T Hooft, and it’s a struggle to believe that Lansdorp would be willing to risk his status and career just for a bit of media attention – especially since he’s held a passion for space travel since early childhood.

It’s a team of genuine space enthusiasts, and surely they wouldn’t want to cut themselves out from the chance of participating in any potential real mission by producing a scam such as this. 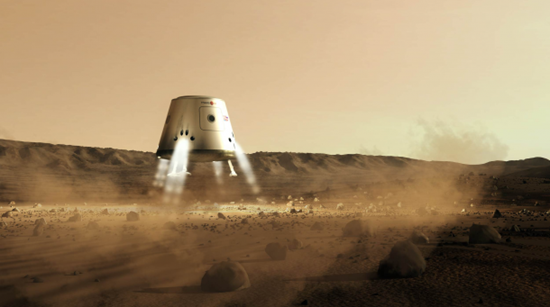 Assuming it’s real… is it viable?

There have been simulations run in the past to attempt to prepare astronauts for life on Mars, but the truth is that none of them have come close to the real thing.

The hardest thing to account for is that fact that here on Earth we are protected from most of the Sun’s harmful rays by Earth’s magnetic field, but there is no such thing on Mars. The constant exposure to such solar rays would make cancer inevitable and it is estimated that the disease would have killed any astronaut within a year.

In response to such attacks, Lansdorp commented that the key to survival is shielding – with a protected space craft and civilization he says there is no reason to believe the TV show contestants would be harmed.

As to how the group plan to get there so long before Nasa, the answer is relatively simple. We will watch contestants on the show spend the rest of their life on Mars, and so there is no need to account for fuel, supplies or resources for a return journey. Mars One say they fully expect millions of applicants to welcome this possibility, and plan to begin a decade’s worth of training by 2013 before the show begins. 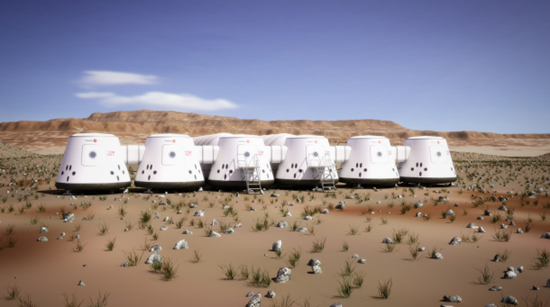 All images © Mars One.