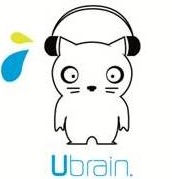 Ubrain is a binaural beat application that promises to boost energy, enhance the mind and change mood while the allowing the user to listen to their favourite tracks on their iPhone.  Binaural beat technology works by transmitting two separate frequencies into the listener’s ears at two different frequencies resulting in a median third beat.  This third beat has been linked to various beneficial, short-term effects such as enhanced focus, energy, mood, relaxation, wakefulness and concentration.

When starting to use the Ubrain application, it is a really good idea to follow the instructions properly because strangely enough, it works better if you set it up correctly.  There is a handy Ubrain tutorial available to take you right through the set up.

You start on the home screen and enter through “users”.  Once you have entered your name and set your voice pitch, you tell the app what you’re doing (working, travelling or going to sleep); how you’re feeling (dead or lazy) and what you would like to do (wake-up or fall asleep).  The app then suggests a couple of programs for you lasting from eight to twenty minutes.  The programs are the frequencies which you then layer over your own music by choosing songs from your playlist (you will need music on your iPhone to use this app).

So does it work?  The answer is yes.  I listened to a couple of focus and concentration related programs yesterday evening and certainly found my brain responding to the beats.  I felt more alert and able to concentrate for far longer than I usually manage of an evening.

I tried the energy and wakefulness options while commuting this morning but I don’t think taking caffeine through an intravenous drip would have helped me this morning.  I tried the aptly called “espresso” option and although the effect wasn’t as definite as it had been last night, I did find that I eventually responded to it and certainly felt more awake and alert by the time I got to work.

I didn’t conduct a controlled experiment but it does seem that the app works then.  The biggest problem I encountered (apart from user error due to initially ignoring the set up instructions) was the actual sound of the beats.  It is certainly possible to reduce the volume of the program but what it essentially sounds like is a low-frequency droning noise layered over your music.  It worked better with dance music (I listened to Chemical Brothers and Does It Offend You, Yeah?) but it did not work well at all over indie or alternative music.  The idea would be to switch the volume of the app down while still ensuring that you can hear it (and experience the benefits).  It helps if you can switch the volume of your music right up but it is not always nice to do so on a crowded rush-hour train.

Another problem I experienced was that the app stops working if your phone auto-locks.  As you are meant to be relaxing while listening to the app, this is likely to happen and the only way to overcome it is to disable auto-lock, which is not ideal.

Ubrain is available on iTunes for $4.99 or £2.99.  Despite the problems experienced, I’ll probably continue to use it when I really need an energy or concentration boost but it is not something I could use daily.  It is a pity the droning sound is so prominent because if it blended more with the music, this could be a really ace app.