BBC’s Merlin Finally Back This Saturday 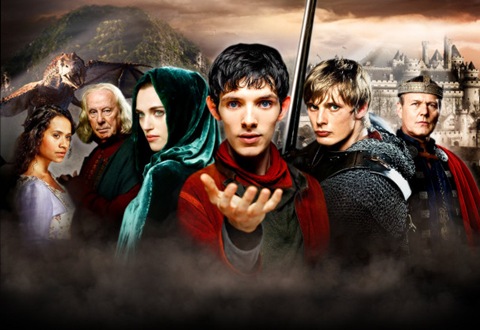 Fantastic news! BBC's Merlin finally returns to BBC One at 6.40pm this Saturday, 19 September. This is the second season of the show starring Colin Morgan, Bradley James and Anthony Head (who played Giles in Buffy the Vampire Slayer).

Merlin has been one of my guilty pleasures since it first aired last year and there is a lot wrong with the series, not least of which is the virtual absence of magic and the portrayal of Guinevere as a common hand-maiden named Gwen.

Despite the flaws, there is something about this show that works, something about the dynamics between Merlin and Arthur that draws you in. The show never forces what will become one of the strongest partnerships of all time but you get to watch as Arthur gradually learns to trust and depend on Merlin.

One of my favourite parts of the show is Arthur’s father Uther Pendragon and his ridiculous ban on magic in all forms.  I don’t really see the use in drawing parallels to the modern world and once again, Merlin doesn’t shove the moralising down your throat like Robin Hood used to.  It is just this crazy and impossible fear of magic and your knowledge, as the viewer, that it is precisely that magic that will one day save the entire kingdom.

I really like Katie McGrath’s portrayal of Morgana and the hints that all will not be well with Morgana in the future.  I wonder how long it will be before she turns bad, if indeed this production of the legend takes that path?

My least favourite character is Nimueh which is unsurprising given my dislike for anything and everything that Michelle Ryan does.  I honestly believe that Ryan was largely responsible for the bus-wreck of a Doctor Who Easter special, Planet of the Dead.  Not that I’d ever publicly admit to not liking anything Doctor Who-related.

So, as long as I get to go make tea during Michelle Ryan’s scenes, it looks like it is going to be a fantastic season 2 and I am really excited!