A couple of months ago, I was lamenting about how awesome Spooks season 7 was and how I would now have to watch the whole of Spooks seasons 1 to 6 now because of that awesomeness.

How convenient then that new digital channel Watch decided to start airing Spooks from the very first episode immediately after season 7 finished?

We're about half way through season 2 now and I have trying to figure out how on earth we could have missed an absolute gem of a show like this.  Could it be that airing so soon after our wedding, Spooks was just too gritty, realistic and riveting for honeymoon couple Mister and Missus Emm?  I have no idea but thanks to the digital age and reruns, we're now catching up and making up for our mistakes.

I'd be interested to know when production began on Spooks because it aired a mere 8 months after the 9/11 attacks and it is a ambitious spy drama after all.  But while it does make mention of the attacks and the changes taking hold of the world at that time, it doesn't focus solely on Islamic fundamentalists like so many other spy shows began to do.  Even shows that I loved and respected, like JAG, showed a sharp change in focus and storylines at that time.  It was understandable, of course, in fact I imagine that television played a major role in helping people comes to terms with what had happened in the world; but it is a welcome change in Spooks.

Spooks is famous for killing of its characters but I am happy to say that apart from knowing everyone is going to die, we've not encountered any other spoilers.  That wasn't a real spoiler, by the way, because not everyone dies and I didn't tell you who was left behind so yeah, not a spoiler.

And what would one of my posts be without a gratuitous screen cap or photo of the hot leading man? 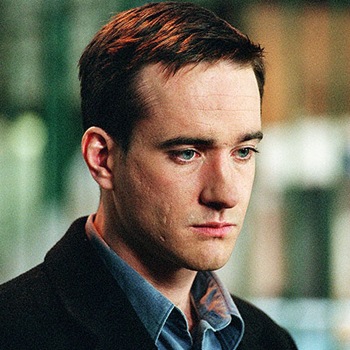 Matthew MacFadyen is without a doubt the star of the show in the early seasons and he is excellent as senior case officer Tom Quinn.  He is absolutely gorgeous and I can't get enough of this brooding, serious man.